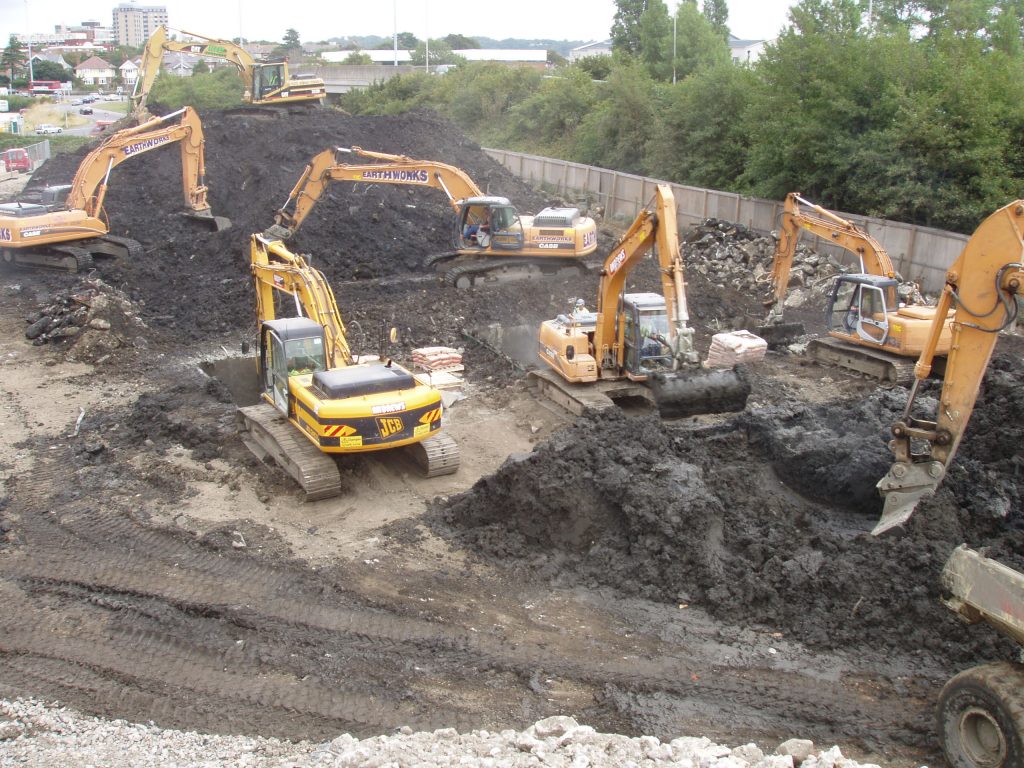 The site was formerly occupied by Pitwines Gas Works located in close proximity to Poole Harbour which is classified as a Site of Special Scientific Interest (SSSI). The site occupies an area of 4.23 hectares and has remained vacant for 20 years. The developer [Crest Nicholson (South) Limited] has been granted planning consent for the construction of 500 residential units on the site.

The site is bounded by a combination of residential, retail and commercial buildings. The surrounding land has been reclaimed from the sea (typically utilising waste materials including gas works waste).

The identified contamination on the site reflected the previous usage of the site as a gas works. The prime contaminants of concern were heavy metal pollutants, total petroleum hydrocarbons, polycyclic aromatic hydrocarbons, phenols, ammonia and ‘total’ cyanides (free and complex).

The remediation strategy for the site was designed to address the identified source contamination with the intention of protecting both human health and groundwater / surface water receptors (in particular Poole Harbour located 330m from the site).

The sensitive location of the site and the proposed redevelopment of the site for a residential end use necessitated close liaison with the main contractor, the environmental consultant and the regulatory bodies (Environment Agency and the Borough of Poole Council).

The ex-situ remediation works involved the treatment of circa 11,000m³ of contaminated soils and gas works waste.

The contamination was primarily identified within the 60m diameter gas holder, the retort house and other localised hotspots across the site. The soils were excavated, stockpiled and treated on-site utilising E-Clay Stabilisation. The treatment was carried out utilising three slurry production and mixing units operating in parallel to achieve the target throughput objective of 450m³ – 600m³ per day.

The E-Clay slurry was pumped across to the mixing zone. The contaminated soils were then treated in the mixing zone by adding the designated volumes / amounts of E-Clay slurry and cementitious materials to the contaminated soils. The treatment materials and soils were then mixed in 10m3 batches to produce a homogeneous treated [E-Clay Stabilised] material utilising excavators mounted with conventional buckets.

The treated soils were temporarily stockpiled before being reused on-site as a substitute for imported clean fill.

The works were conducted over a 6 week period under the auspices of Envirotreat’s Mobile Process Licence (MPL). Specialist technology, materials and supervision were supplied by Envirotreat, whilst Anderson Group (3R) supplied all plant, labour, odour control and general management required for the process.