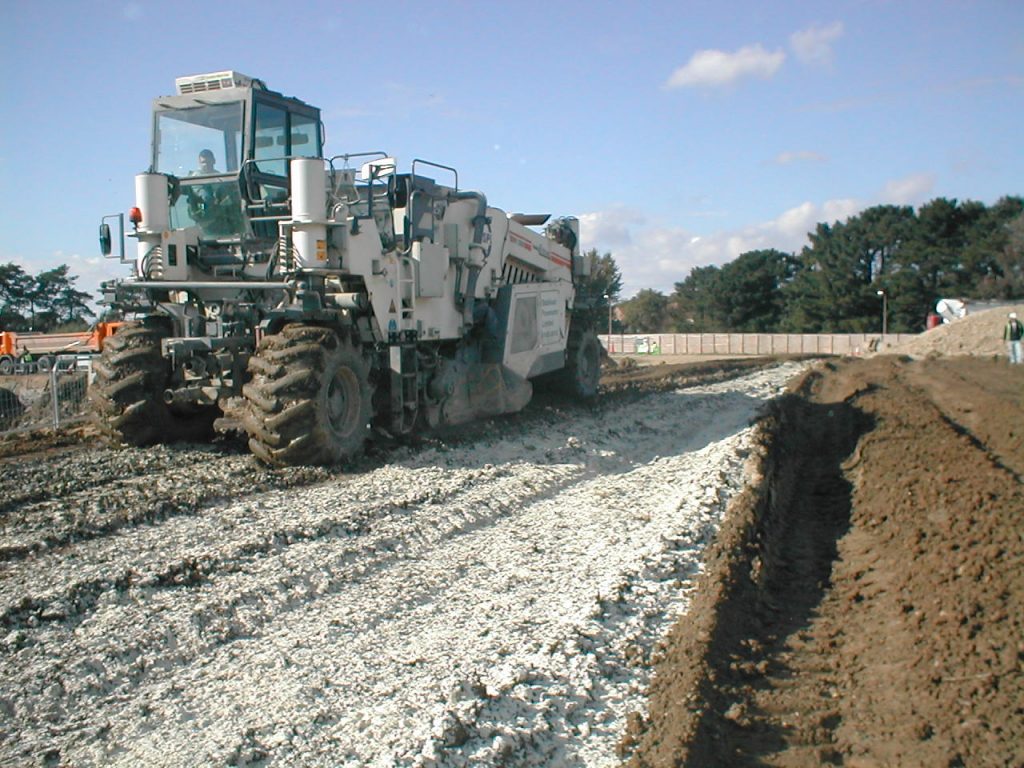 The proposed residential development site in Horsham was situated on the southeast bank of the River Arun. The site was historically used as a sewerage treatment works
Widespread soil contamination was identified with the contaminants of concern being, Total Petroleum Hydrocarbons (TPH). Polycyclic Aromatic Hydrocarbons (PAH) and heavy metals.

Due to the requirement to treat a large volume of contaminated soils (7,000 m3) is a short period of time a Wirtgen was used to mix the excavated soils with the E-Clay slurry. The works were completed in two weeks

Representative samples of treated soils were leach tested and results compared to the agreed remediation criteria.
On completion of the remediation works a comprehensive Validatino Report was prepared.