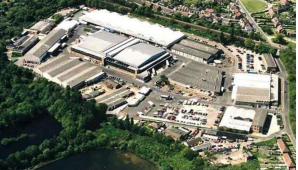 The site is located at Dunton Green in Kent and occupies an area of 7.8 hectares. The site was formerly operated as the Dunton Green Brick and Tile Works which was operational until the 1950’s/60’s. Several large brick pits were excavated across the site (the largest being located in the northern part of the site). These pits were infilled with building rubble on cessation of the manufacturing operation – it is understood that the rubble was obtained from bomb damaged sites in London. The site was subsequently operated as a cold storage facility [West Kent Cold Store] comprising of eight large warehouse buildings. These buildings were demolished prior to development of the site for residential purposes.

The identified contamination was consistent with previous site usage and comprised of metallic / hydrocarbon pollutants and asbestos. The brick pits contained contaminated fill material which was also polluting the groundwater (due to the depth of fill material).

Frankis Solutions Limited [FSL] was engaged as Principal Contractor. FSL was responsible for all asbestos removal and subsequent demolition. FSL was also responsible for developing the site remediation strategy and for obtaining statutory approvals (in conjunction with WSP). The overall site remediation strategy included free product removal, dewatering and on-site water treatment, bioremediation and the installation of a soil mixed barrier system.

The soil mixed barrier system comprised of an E-Clay permeable reactive barrier section and low permeability sections. The barrier system was developed by Envirotreat in conjunction with Merebrook to protect the SSSI lakes from the potential impact of contaminated groundwater primarily emanating from the identified source within the large brick pit.

The groundwater within the pit was generally perched and was contaminated with significantly elevated concentrations of Polycyclic Aromatic Hydrocarbons [PAH’s] and Total Petroleum Hydrocarbons [TPH]. The identified risk with the groundwater was as a consequence of levels potentially rising within the pit (due to the probable ingress of surrounding shallow groundwater). The original proposal was to encapsulate the pit by the excavation of a trench around the perimeter of the pit down to undisturbed Gault Clay and backfilling with compacted clay in combination with a clay capping layer to prevent infiltration. However this was not considered feasible as groundwater ingress could not be prevented (due to the presence of fissures within the Gault Clay).

The preferred solution was therefore to allow the natural filling of the pit to occur (maintaining a natural equilibrium with the surrounding groundwater) and to address the resulting groundwater plume by containment and treatment utilising a soil mixed barrier system. The low permeability sections were designed to encompass the pit area and to channel the groundwater in the direction of the downstream permeable reactive barrier section, designed to intercept and treat dissolved phase contamination within the groundwater.

Merebrook removed residual free product from the pit area prior to the barrier installation.