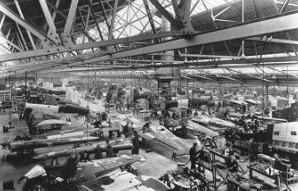 Envirotreat was engaged by the site owner to to design and implement a integrated  soil & groundwater remediation sceme to address human health and groundwater risks at the former GE Aviation facility on Wobaston Road site ion Wolverhampton.

The site has had a long history with the aviation industry stretching back to 1938, when the site was initially developed by Boulton Paul Aircraft. During the Second World War period, Boulton Paul manufactured the Hawker Demon and the Defiant aircraft. In addition, also built the Fairey Barracuda and undertook conversions of the Vickers Wellington. Post war saw the development of the Balliol advanced trainer. During which time the facility manufactured flight controls for aircraft, including the RAF Typhoon jet fighter, Boeing 777 & 787 and the Airbus A330 & A380.

Due to the decades of industrial operations at the site, a number of complex contamination issues remained. A key requisite of the vendor (GE Aviation) and the regulators (Environment Agency) was the requirement to address a number of contamination concerns highlighted by GE Aviation’s environmental consultants Ramboll Environ.

Envirotreat used an integrated approach to the remediation, with the final scheme being approved by the Environment agency and Ramboll Environ.

Reinstatment works included reinstating the floor slabs including the introduction of a hydrcarbon resistant gas membrane and all new foul / storm drainage. 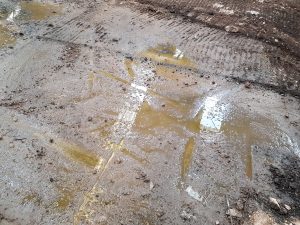