Envirotreat Technologies Ltd was commissioned by a private developer to develop a Remediation Strategy and gain Regulatory approval for the remediation works at the former GK Stoke Works industrial site in Chesterfield.

Based on the site’s historical usage, previous site investigations and Envirotreat’s experience, an integrated remediation strategy of source treatment of the identified contamination area coupled with the installation of an E-Clay Permeable Reactive Barrier along the site boundary with the Barlow Brook

Contaminants of concern were diverse (consistent with the site former usage) and included chromium (VI), other heavy metals and hydrocarbons including TCE. The contamination was shown to present an identified risk to both Human Health and ground & surface water (the Barlow Brook running along the site boundary).

The E-Clay barrier was installed using an excavator, toeing into the underlying impermeable clay layer.

Following completion of the PRB installation, Envirotreat installed a number of boreholes between the barrier location and the adjacent Barlow Brook to monitor groundwater quality. Groundwater monitoring confirmed the efficacy of the remediation strategy formulated for the site. 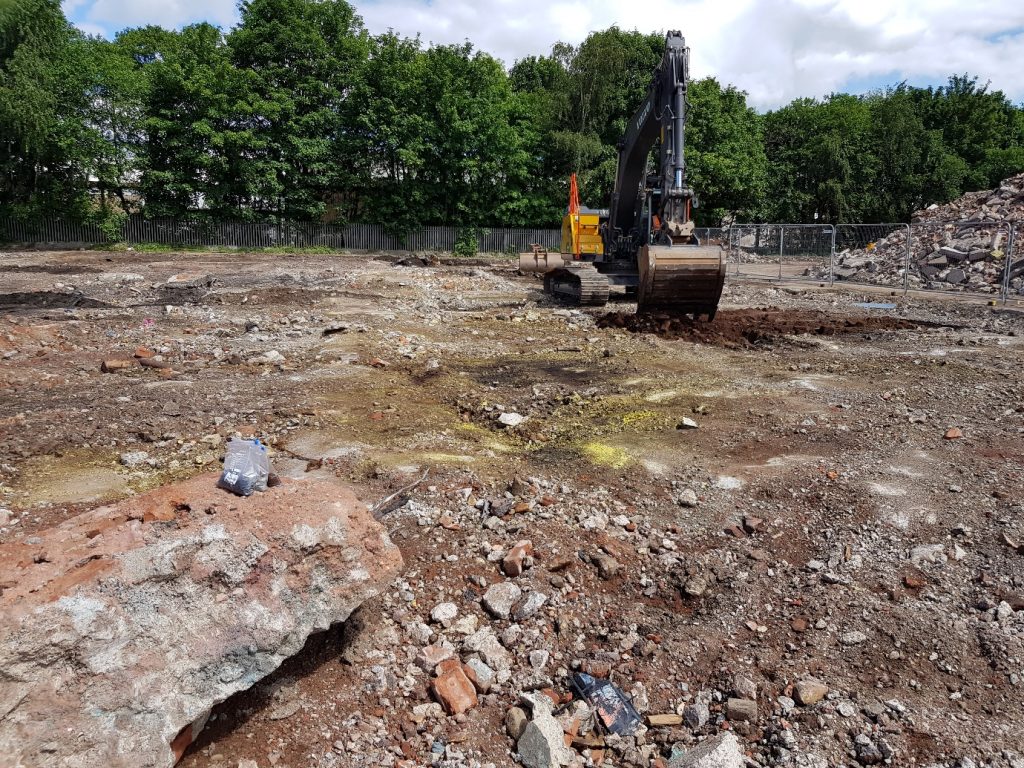