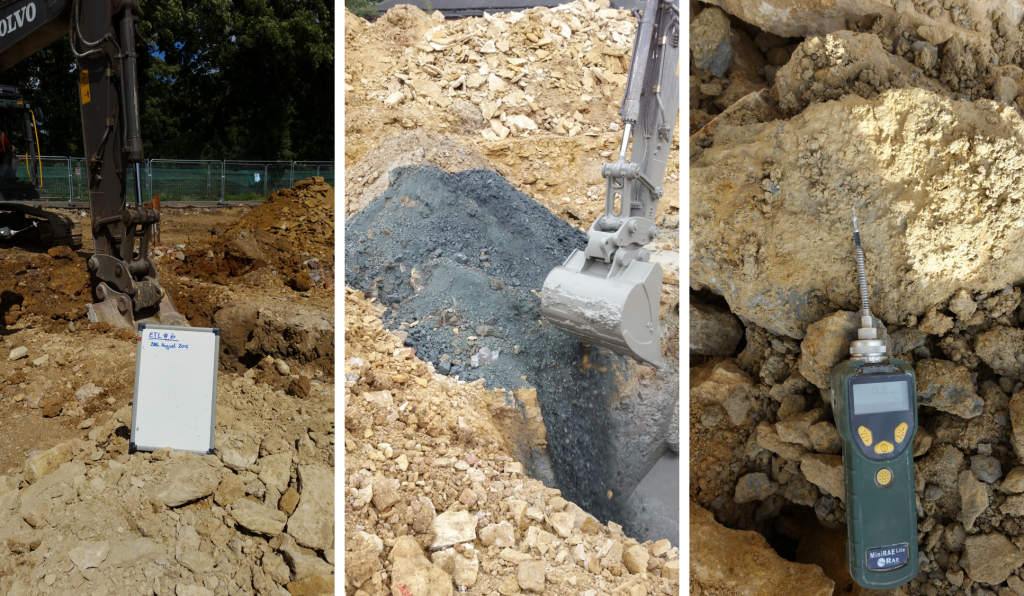 The former Pianoforte factory site is located to the south of the village of Roade in Northamptonshire. The site was closed in 2010. The site at closure covered over 11 hectares, consisting of a range of offices, warehouses and workshops.

The site is being developed for residential purposes.

The extent of the chlorinated hydrocarbon contamination within the vicinity of former Degreasing Room Area was delineated by carrying out a series of trial pits excavations around the periphery of the area to determine the lateral / vertical extent of the contamination. Envirotreat used a hand held PID meter to rapidly establish soil contamination levels and to assess / monitor VOC vapour concentrations during the remediation works.

The delineation process revealed that the predominantly chlorinated hydrocarbon contamination was located at circa 6m below ground level, primarily at the interface between the Blisworth Limestone and the underlying low
permeability Rutland Formation (blue clay layer), coinciding with the groundwater level on the site.

Based on the depth of the contamination and the close proximity of the source to the existing building(s), it was decided that an in-situ treatment approach would be the most effective methodology for the remediation.