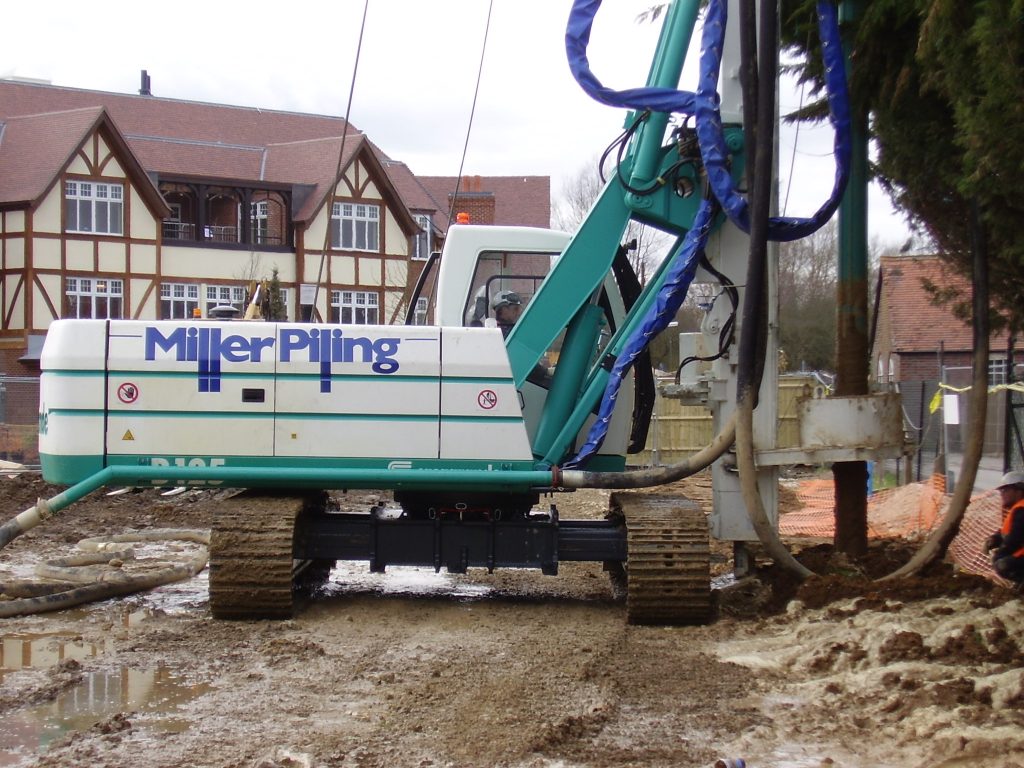 The site, located on Old Portsmouth Road, Guildford covers approximately 7000m² and is roughly rectangular in shape. It is bounded by the Old Portsmouth Road to the west, Mill Lane to the north, a stream to the south east and light industrial premises to the south. The Mill Stream also follows the northern boundary of the site and the River Wey lies approximately 150m to the East.

It had seen historical use as a timber yard and more recently had found use as a light industrial estate comprising saw mills, timber yards, garage workshops, showrooms, builder’s merchants and also pockets of derelict land / buildings. Following decommissioning the site had been earmarked for commercial redevelopment.

QDS Environmental carried out Site Investigation works during June 2005 and identified made ground overlying alluvium and river terrace deposits; below this Atherfield Clay and Weald Clay formations were confirmed. Groundwater was confirmed at approximately 1.6m below ground level. Significant contamination issues were identified within the groundwater, namely Polycyclic Aromatic Hydrocarbons (PAHs) and Total Petroleum Hydrocarbons (TPH) believed to be derived from the above ground creosote dipping tanks and historical spillages. The investigation concluded that the contaminated groundwater was migrating north east across the site towards the Mill Stream.

Envirotreat was engaged by QDS Environmental on behalf of the end client Enfranchise 302 Limited to install an E-clay groundwater treatment barrier (Permeable Reactive barrier) with the prime objective of protecting both the River Wey and Mill Stream from impact from the identified onsite contamination issues.

The proposed barrier was designed to intercept the natural flow of groundwater offsite Mill Stream (as determined by MODFLOW). The barrier comprised of 60m long barrier installed to a depth of 3.5m bgl. The barrier toed into the relatively low permeable strata below the site.