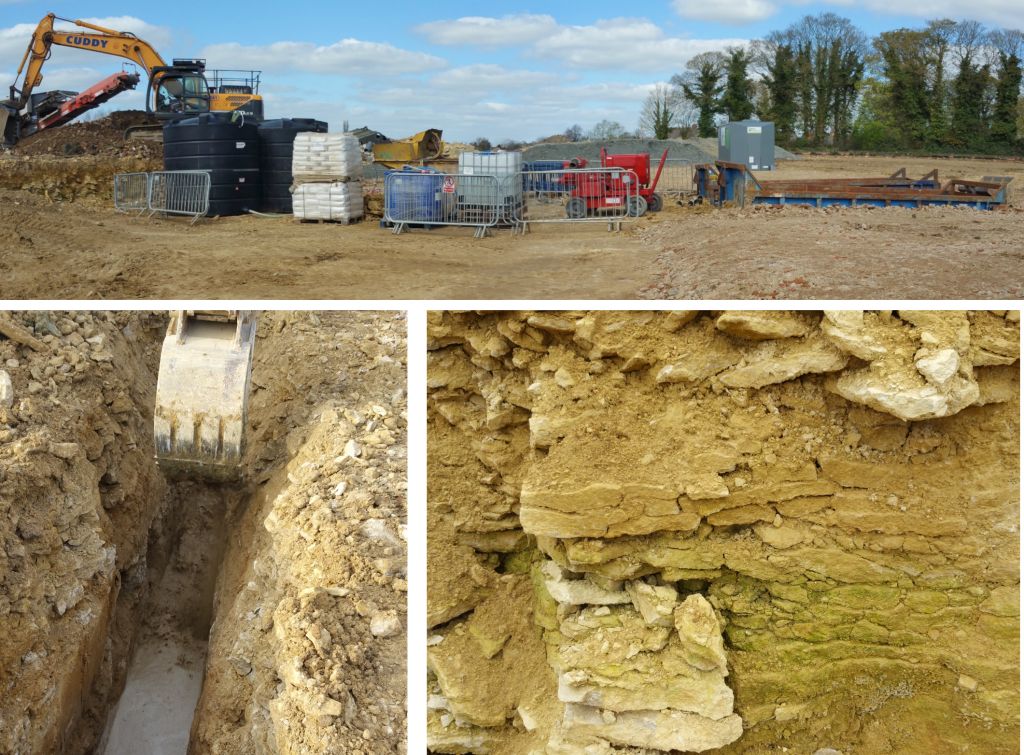 The former Pianoforte factory site was located to the south of the village of Roade in Northamptonshire. The site was closed in 2010. The site at closure covered over 11 hectares, consisting of a range of offices, warehouses and workshops.

The site was being developed for residential purposes.

Within part of the site was the former Anodising and Plating Shop. A number of investigative trial pits were excavated which showed that the underlying soils were impacted with heavy metal and cyanide contamination, derived from former plating activities. The prime contaminant of concern was identified to be hexavalent chromium (Cr VI). Cr (VI) typically exists in an anionic form and is consequently very soluble and mobile within groundwater.