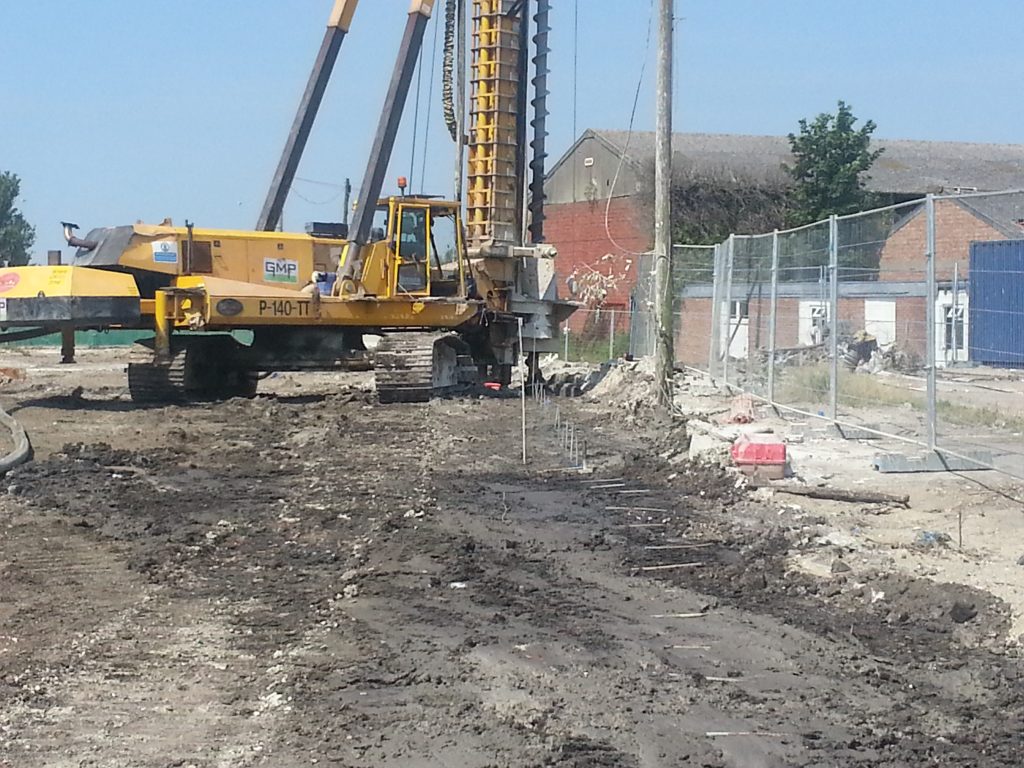 The site formed part of the Tipner Regeneration Project.

The Homes and Communities Agency were developing the site for  80 homes and commercial space.

The site was previously occupied by a range of industries including a tar works, a timber yard and the fuel depot – the soils and groundwater on the site were historically contaminated with a range of organic pollutants including total petroleum hydrocarbons, polycyclic aromatic hydrocarbons, semi-volatile and volatile organic carbons. The site is underlain by a principal chalk aquifer.

The prime requirements were to install a barrier with a hydraulic conductivity of less than 1 X 10-9 m/s and a design life of 75 years.

Envirotreat then produced a Design Statement for approval by Tamdown and Campbell Reith prior to the installation.

The barrier was installed by a soil mixing process utilising a continuous flight auger. The objective was to install the barrier by the production of overlapping soil mixed columns containing the mix formulation at the designated addition rate.