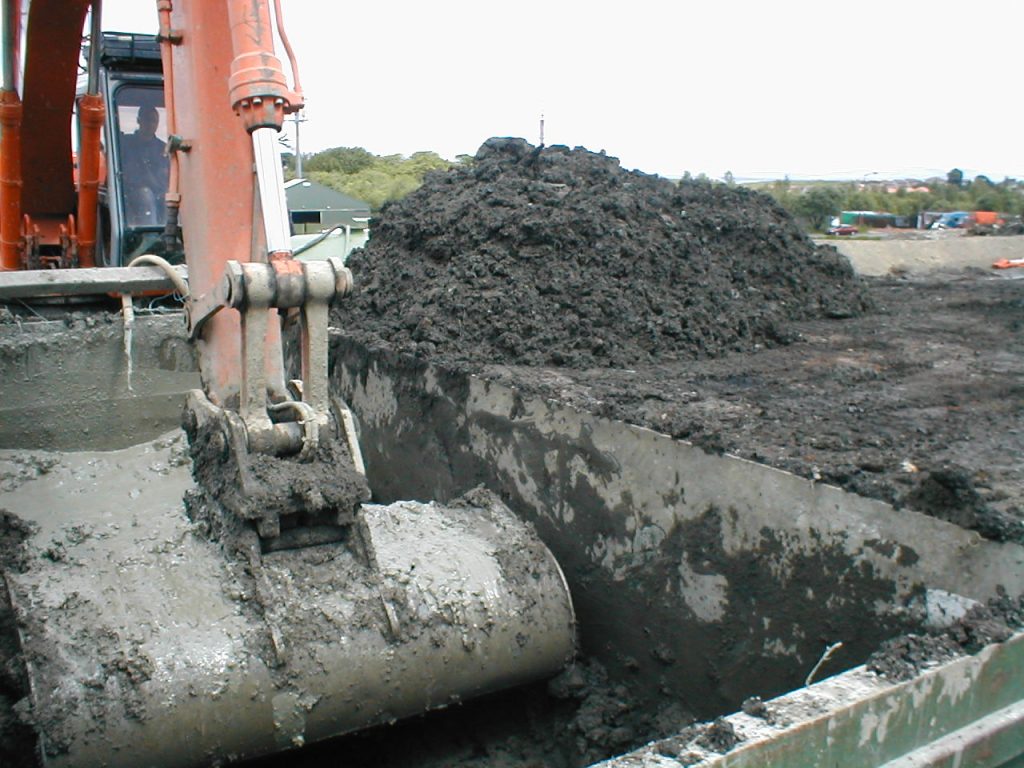 E-Clay stabilisation was used for the treatment of contaminated soils at the former ICI Nobel Detonator Site in Reddingmuirhead.  During both the First and Second World Wars this site was engaged in the manufacture of detonators, the major components being Mercury Fulminate and Lead Azide.  These compounds had given rise to significant environmental issues at the site, namely: –

The overall remediation strategy was designed to address the source protect the identified receptors.  The remedial operation involved the ex-situ treatment of the main contamination sources on site, (mercury, copper, lead, hydrocabons).

A total volume of 4,280 m3 of contaminated soils was treated