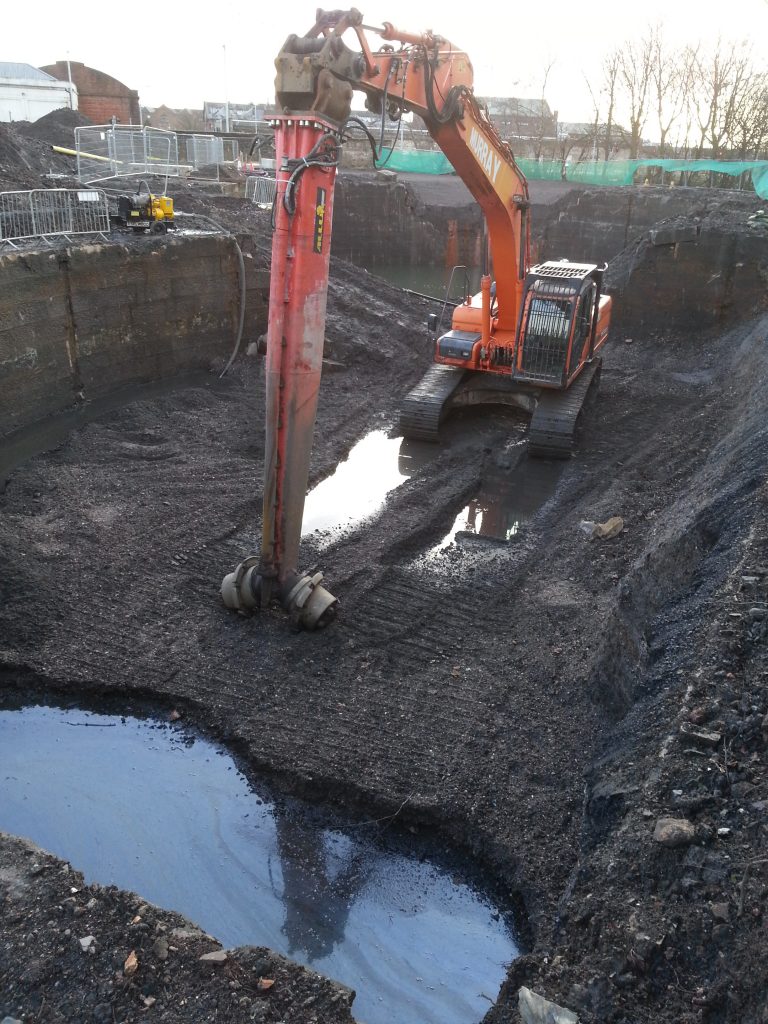 I&H Brown was  instructed by Clyde Gateway to undertake remediation of the two parcels of land. I&H Brown’s scope of works initially included the excavation, processing, bioremediation and soil washing of contaminated material which was predominantly located in the below ground gas holder bases (as infilled material).

The soil washing operation was terminated towards the end of 2012 and an alternative remediation solution was sought. The alternative remediation solution was required to address the stockpiled filter cake material (resultant from the soil washing operation) and the remaining untreated materials on both sites. The requirement was to comply with the remediation target criteria derived by Grontmij and to remediate the contaminated materials within a very short timescale to achieve the contractual obligations.

The majority of the contaminated soils (13,680m3) were treated ex-situ employing a remediation strategy developed through laboratory based treatability trials to determine the most effective E-Clay Stabilisation medium. The treatment process was further refined onsite to reflect the variable nature of the respective waste streams.

It was not feasible to excavate contaminated materials from Gas Holder A8 (as the gas holder was partially located under the adjoining roadway and there was a potential risk of structural collapse if the material was excavated). As a consequence it was decided to implement an in-situ remediation approach treating the contaminated gas works material ‘in-place’. The in-situ treatment (1,340m3) was carried out utilising an Allu soil mixer to achieve effective mixing of the treatment reagents with the gas holder materials.