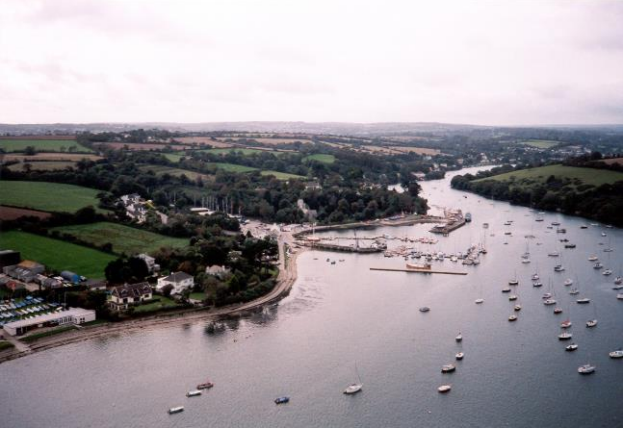 Mylor Harbour is situated on the Fal Estuary in Cornwall. The sediments within the harbour were primarily contaminated with Tributyltin [TBT – an organometallic compound] and associated degradation products.

TBT had been extensively used as a biocide in anti-fouling paints – these paints were used to provide protective coatings on the hulls of boats.

The harbour sediments were investigated by Hyder Consulting and it was concluded that the sediments were significantly contaminated with TBT and degradation products (eg dibutyltin).

Envirotreat were initially commissioned with the aim of stabilising the contaminants prior to transport to landfill – earlier desk studies had indicated that the contaminated material could not deposited at sea due to the presence of contamination. It was subsequently concluded that the sediments would be classified as hazardous which determined that offsite disposal would be unacceptable due to the prohibitive costs and lack of suitable disposal sites – the nearest hazardous waste landfill being located at Swindon.

It was therefore decided to treat the sediments for potential reuse on-site. The treated material could be utilised as infill material within the Admiralty Quay – the objective was to infill the void space and construct a sea wall enclosing the void space within the Quay thereby creating a suitable area to be developed as a much needed car park and dry storage space.

The treatment approach was implemented with full regulatory approval under  Envirotreat’s Mobile Plant Licence. The necessary approvals were obtained from the Environment Agency and English Nature.

The dredged contaminated sediments were excavated by a grab dredger and transported to the designated treatment area. The E-Clay stabilisation was carried out ex-situ. In total 2,300m3 of dredged sediment were treated and reused.

Treated samples were leached tested against the agreed remediation target criteria prior to reuse.

A comprehensive Validation Report was prepared up on completion of the remediation works.