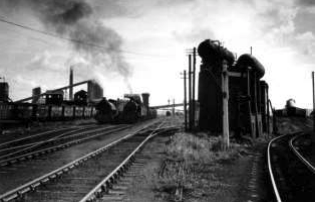 The Lambton site historically operated as a colliery, cokeworks, firebrick works in addition to a gas storage and purification facility. The site is located in Tyne and Wear, the site covers an approximate area of 65 hectares.

Ammonia(ium) was identified in groundwater at concentrations requiring remedial action. The works were commissioned by Carillion PLC on behalf of One North East [Homes & Communities Agency].

Groundwater contamination was addressed through the installation of a permeable reactive barrier. The permeable reactive  barrier was designed and demonstrated as being effective at addressing the contaminants of concern by Envirotreat. A range of comprehensive laboratory trials and modelling techniques were undertaken. The objective of the barrier was to mitigate the risk of ongoing migration of ammonia(ium) contaminated groundwater to a nearby watercourse (Herrington Burn) by severing the pollution linkage pathway.

Environment Agency approval for the remedial scheme was sought and gained in early 2009, with installation commencing in June 2009. The overall barrier system comprised of 270m of relatively impermeable sections and 200m of permeable reactive sections and was completed 2 weeks ahead of schedule and within budget.

The barrier system was installed using a piling rig equipped with a soil mixing drill head. The treatment slurries were injected through the auger stem and mixed with the soil medium to form overlapping soil mixed columns. Proprietary (E-Clay) treatment media was employed for effective treatment of ammonia(ium) contaminated groundwater.