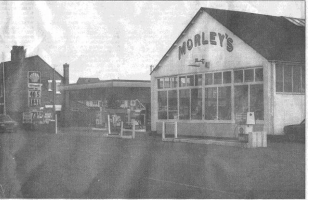 Envirotreat was commissioned by Chalcroft to undertake remediation a former petrol station in Kings Lynn.

The site had been used as a petrol station from the 1920’s through to the late 1990’s. More recently as a car showroom with associated garages / workshops.

Site investigation work confirmed the presence of significant hydrocarbon contamination consistent with previous site usage as a petrol station and garage. The identified contaminants of concern were predominantly total petroleum hydrocarbons and BTEX.

The client had planning permission to develop the site for residential end use (predominantly social housing units).

Several remediation options were considered and precluded on the basis of cost and / or inability to achieve site remediation within the required timeframes. Working closely with Chalcroft, the Kings Lynn and West Norfolk Borough Council and the Environment Agency, Envirotreat developed a remediation strategy which was commercially viable and compliant with designated human health and environmental remediation criteria.

Envirotreat proposed E-Clay stabilisation to address the risks to groundwater. Approximately 1,500m3 of hydrocarbon impacted soils were treated and reused on site.

In total 9 undergrounf feul storage tanks were located onsite. One of which was left in-situ due to serious concerns to adjoining properties, if it was removed. The tank and surrounding soils were validated as safe and not presenting a risk to future site users.