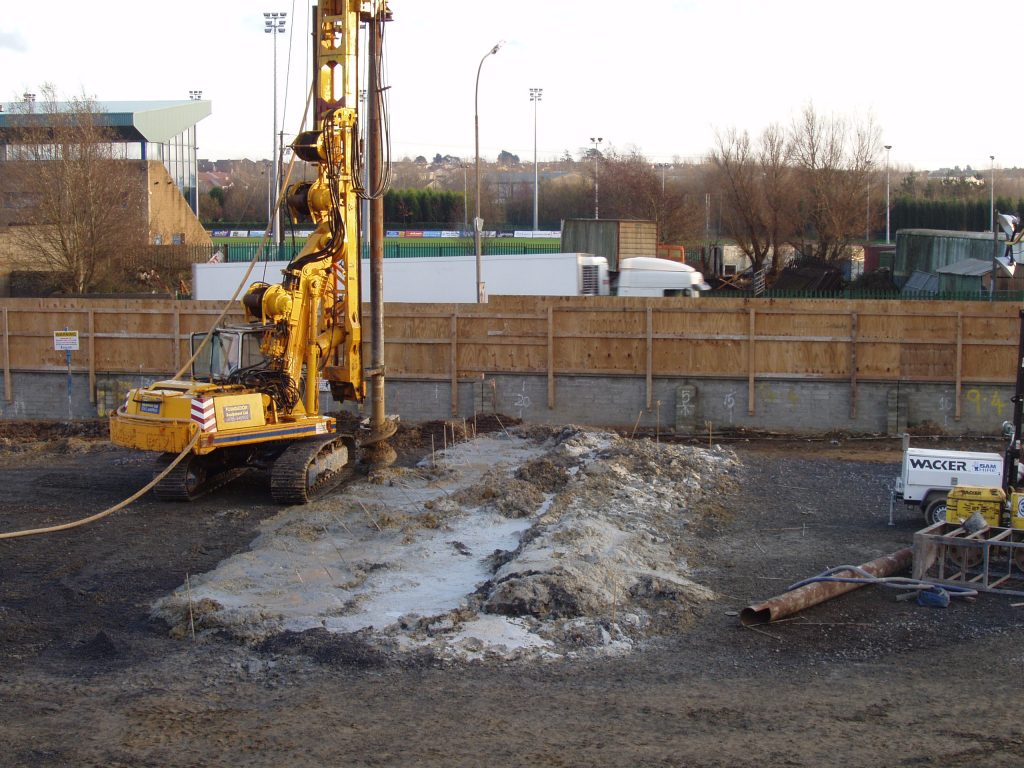 The contamination at the site was attributed to the Petrol Station located next to the site. It was considered that leaking pipe work and storage tanks were responsible for the ongoing hydrocarbon contamination to soil and groundwater.
The remediation strategy comprised a three stage approach.
The first stage involved the installation of a low permeability wall along the western and southern boundaries to prevent further ingress of contaminated groundwater from the petrol station.
The second phase involved the bioremediation of contaminated materials associated with the slurry trench barriers and a 0.5m layer from across the top of the site.
The third stage involved the E-Clay stabilisation of soils / groundwater.

A number of representative samples of treated soils were taken and leach tested. Leach results were compared to the agreed remediation criteria.
A validation report was prepared on completion of the remediation works. 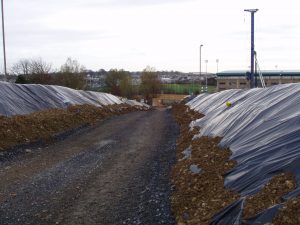 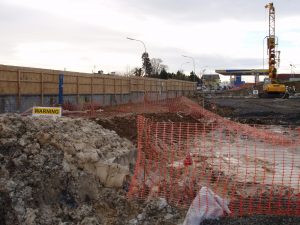