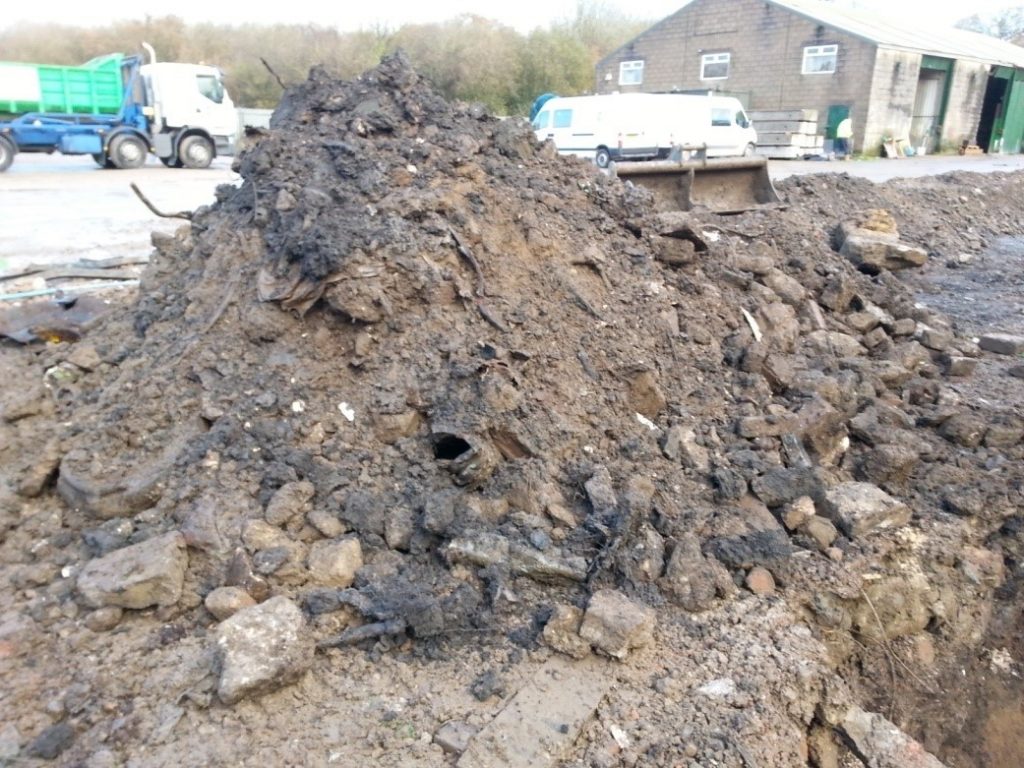 The site is located on Village Farm Industrial Estate in Pyle, South Wales. The site is used as a storage yard for vehicles / trailers and recovered materials (old electrical transformers, wires, etc.). The client operates a recycling business.

Earth Science Partnership [ESP] has been working with the client to enable the consolidation of a number of satellite operations into the Pyle Site.

The previous occupants of the site had levelled the site / raised the levels of the site using made ground. The site levels were previously much lower in the south and west of the site.

The prime concerns of the regulators were the protection of human health and controlled waters (based on site investigative information and the historical use of the site as a scrap yard).

Contaminated groundwater was shown to be migrating through the made ground in a south westerly direction – there was clearly an identified risk to the controlled water receptor located in close proximity to the site (the Afon Fach).

The initial remediation works involved the installation of the permeable reactive barrier system. The barrier was installed along both the southern and western boundaries of the site (60m and 30m in length respectively). The
barrier was designed to intercept and treat the shallow contaminated groundwater within the made ground.
Contaminated soils and groundwater associated with the identified “hotspot” were excavated, treated, validated and reinstated.

The remediation works implemented onsite met the environmental requirement of the the proposed strategy.