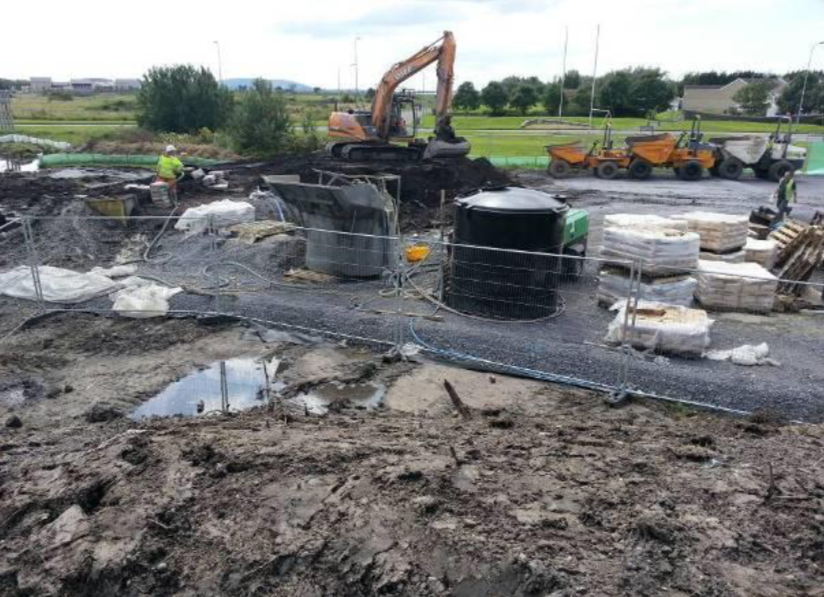 Earth Science Partnership had undertaken site investigation of capping soils at a social housing estate in Llanelli (historically the site was used as a saw mill and timber yard prior to redvelopment in the 1990’s). The resultant analysis suggested that the soils exceeded human health criteria for a number of parameters, namely arsenic, lead and polycyclic aromatic hydrocarbons (particularly Benzo(a)Pyrene) and presented a Significant Potential of Significant Harm to site users.

Much of the analysis suggested the soils to be hazardous and without any hazardous landfill in Wales to except the soils, disposal costs were considered to be very high. A number of remediation options were considered including a novel remedial strategy (Cluster-Hub-Receiver) strategy which enabled re-use of treated excavated soils on a nearby development project. This stratgey would not only satisfy the remediation requirements but result in a significant cost saving to the client. 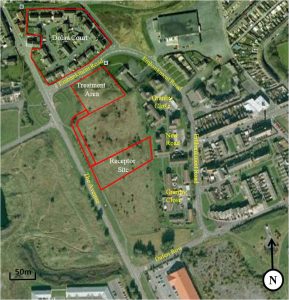 Samples of treated soils were leach tested and compared with the Environmental Quality Standards leachate target criteria for the identified contaminants of concern. In total 30 composite samples were tested to demonstrate compliance of the treated material with the agreed remediation criteria for the Receptor Site. The validated and treated [recovered] material was deposited at the Receptor Site. 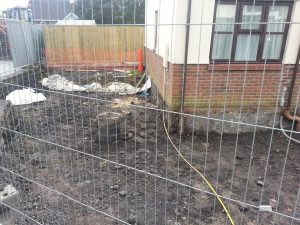 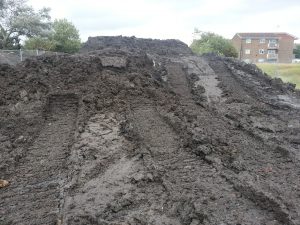 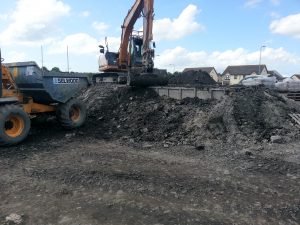 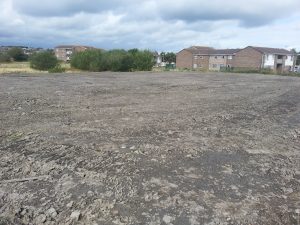 Deposition of treated / validated soils at the Receiver site

The Cluster-Hub-Receiver site is much more widely accepted now and is one of the principle solutions under the C:AIRE Code of Practice Definition of Waste guidance