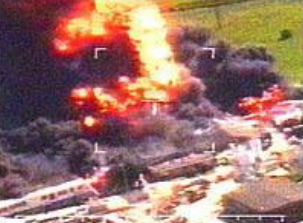 Envirotreat were employed to remediate contaminated soils at a site in Beverley, East Yorkshire. The Bartoline Factory occupied a 3.5acre site until May 2003 when a major fire destroyed the building, resulting in ground contamination and the pollution of two nearby watercourses.

The factory was formerly used for the manufacture, storage and distribution of chemicals including solvents and adhesives. Historical use had also resulted in widespread soil contamination across the site, whereas perched groundwater contamination was probably caused by the methods employed to fight the fire. Total Petroleum Hydrocarbons was identified as the main contaminant of concern within the made ground and perched groundwater.

In October 2005, the factory was rebuilt on the site and production was continued.

The remediation strategy for the Beverley site was designed to address the source contamination on-site and indirectly the pathway contamination issues, with the intention of protecting Human Health and the identified groundwater receptors (i.e. The Barmstrum Drain which leads to the River Hull).

Validation of the excavations was undertaken. The identified contamination was excavated, stockpiled and treated on-site using the Envirotreat E-Clay technology.