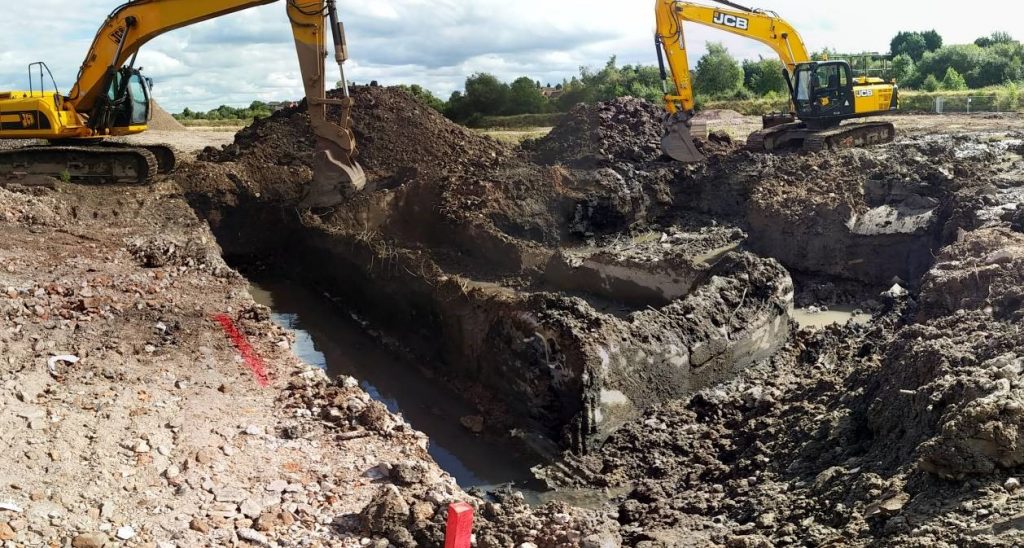 The Picknal Brook flows through the site in an easterly direction.

The site is being redeveloped for a mixture of residential housing and open space following completion of the remediation and enabling works.

Following the completion of a remediation options appraisal and taking into account the project size, timeframes, affordability and remediation objectives (essentially to protect human health and groundwater / controlled water receptors i.e. the Picknal Brook) it was agreed with the client and the local authority to implement an integrated treatment approach comprising of combined source and pathway treatment, designed to provide a synergistic remediation solution for the site as whole. The source treatment was designed to protect both human health and groundwater and the pathway treatment was essentially designed to protect the Picknal Brook.

Envirotreat demonstrated that the remediation objectives for the site had been achieved through the submission and approval of a comprehensive Validation / Verification Report for the Site. The Environment Agency confirmed that the works had been undertaken satisfactorily through the formal planning process.

The remediation works enabled the relevant planning condition on land contamination to be discharged and the site can now be progressed in terms of the development objectives.