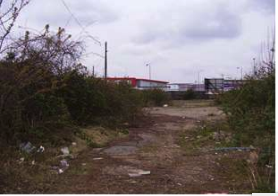 The Wandle Park Village Site occupies an area of 5.3 hectares bounded to the south by the Purley Way Retail Park, to the north by large retail outlets, to the east by the Croydon Light Railway and to the west by Purley Way and residential properties.

The site historically formed part of the Croydon Gas Works – the gas works infrastructure was decommissioned and removed from site during the late 1980’s / early 1990’s.

The site is being developed by Barratt London for a mixed end use (residential and commercial). The proposed development is shown in an artist’s impression.

Extensive site investigations were undertaken in the 1990s by Mott MacDonald, Harrison & Co and Atkins. The investigations identified the presence of widespread contamination across the site reflecting the historical use of the site as a gasworks – the prime contaminants of concern included BTEX, polyaromatic hydrocarbons (PAHs), phenols, total petroleum hydrocarbons (TPH), total / free cyanide, metals and ammonia.

Remedex identified additional contamination areas including the presence of a DNAPL plume in the northern area of the site.