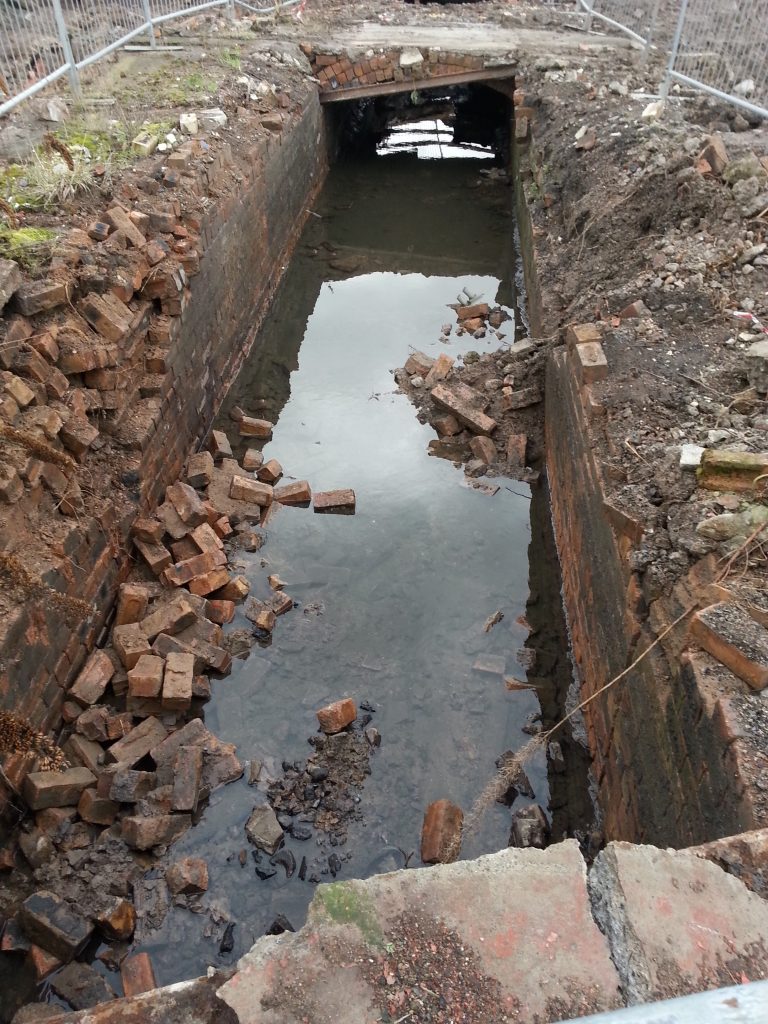 The site is located on Cambuslang Road in Rutherglen, Glasgow. The site historically comprised of a laundry facility, a lorry yard and a timber treatment facility.

Mason Evans Partnership carried out a comprehensive site investigation of the site.

The identified contamination on the site reflected the diverse nature of the historical activities on the site. The identified pollutants included chlorinated hydrocarbons (presumed to be from the laundry) in concentrations exceeding 10,000ug/kg , petroleum hydrocarbons  in concentrations exceeding 12,000mg/kg (lorry yard) and tributyltin (timber treatment facility).

The site was being developed for retail purposes by Lidl. Human health risks would be addressed by providing a ‘pathway break’ (hardstanding).

The Scion Burn was considered to be of prime importance as the box culvert was clearly damaged in a number of locations and as a consequence there was every possibility that the burn was being directly impacted by contaminated groundwater present on the site. It was also evident that the flow of the burn was being constrained by blockages, caused by the brick culvert collapsing. A decision to replace the culvert was made on the basis that the box culvert could not be economically or practically repaired. The culvert was also realigned with the approval of SEPA to enable the store development to proceed.

The approved remediation strategy involved the excavation of contaminated soils and associated groundwater and E-Clay Stabilisation.

Mason Evans Partnership was engaged by Lidl to provide an overall supervisory role for the remediation works. This included groundwater monitoring post remediation to confirm compliance with the designated remediation target criteria for the site.